Feminism: A Movement for All Races

Beginning in 1868, feminism reached its hand into the fight for equal rights for everyone regardless of gender, race, color, or any other factors that were holding women back at that time. Famous women of color such as Harriet Tubman, Sojourner Truth, and Margaret Garner were working with other famous feminists at the time such as Elizabeth Cady Stanton, Susan B Anthony, and the Grimke sisters. Adopted on July 9th of that year, the Fourteenth Amendment brought for the Equal Rights Protection Clause. With this clause, African-Americans and emancipated slaves alike were able to have the luxury of equal civil and legal protection under the law. Because of this, the Fourteenth Amendment has been used as a staple through out the twentieth century in order to enact both change and equality regardless of gender. 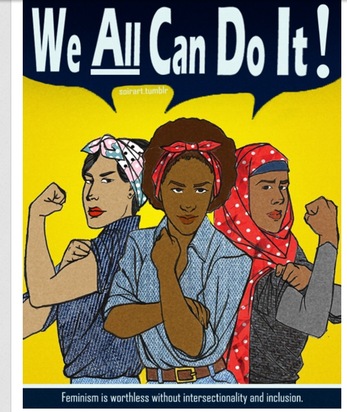 With the passing of Muller v Oregon in 1908, there was now a standard that determined the hourly laws for women. Using the differences of the sexes as the primary basis for separate legislation, it became constitutional to have separate laws in order to ensure women’s health measures. These laws would also much later be used to set a precedent in the fight to improve working conditions for all, not just women. Written by Louis Brandeis and Josephine Clara, the “Brandeis Brief” was used in the Muller v Oregon case. Using sociological as well as medical evidence to demonstrate the hazards of working long hours this case also set a new standard within the courts. By taking the Brandeis Brief into account, for the first time in marked history, the courts recognized the sociological and scientific evidence brought forth rather than just looking at legal citations alone.

In 1909 the National Association for the Advancement of Colored People (N.A.A.C.P) also became more prominent in the fight for equal rights and their battle to include women in the feminist wave. Their main goal which they began over a century ago and still strive for to this day is their commitment to provide social equality for all as well as eliminating race prejudice. Note-worthy co-founders of the N.A.A.C.P include famous historical figures such as Jane Addams, Ida B Wells-Barnett, Kate Claghorn, John Dewey, and W.E.B. DeBois.


In 1964 with the Civil Rights act, many more women of color came forward in the fight to secure voting rights, public accommodations, equal employment, and housing opportunities for women of color. Rosa Parks, Coretta Scott King, Ella Baker, and many others are commonly known figures from this time period. With their help, many non-discrimination laws were created for Federal Assisstance Programs.
Powered by